Preston-based Danielle Masterson was diagnosed with idiopathic pulmonary arterial hypertension just months after giving birth. At 34, she is sharing her story for PH Day UK to show that the condition affects people of all ages.

“I gave birth to my little girl Loretta in August 2020, and by December, I was so breathless I couldn’t get up the stairs. I was given an inhaler by my GP, but things didn’t change.

Seven months later, I was shopping in Asda with my mother-in-law and kept having to sit down. She told me my lips had turned blue and insisted on calling the doctors.

This photo was taken on that day:

The GP checked my oxygen levels, and they were so low that I was sent to my local hospital in an ambulance.

A scan showed the right side of my heart was double the size of the left, and more tests followed.

I was referred to a specialist centre in Sheffield, where I was diagnosed with pulmonary hypertension. Everything was explained to me, but I was so poorly and panicked that it just went in one ear and out the other.

I had already spent two weeks at my local hospital, and I then spent another four weeks in Sheffield. I missed Loretta’s first birthday, and my husband’s 30th.

I thought I was going to die, and that I’d never see my daughter start school. I was on eight litres of oxygen at rest, and I couldn’t even get out of bed to go the toilet. I was so ill that my independence was gone, and for someone so young, that was a big thing.

My only option was to start on intravenous medication via a Hickman line, and although I was worried about it, I knew it would mean I would have longer with my little girl.

Within a couple of days of being started on it I could manage to walk, and every day I got stronger.

When I was discharged from the specialist centre, I cried with the emotion because it felt like the team there had become part of my family. They saved my life, and I am so grateful to them.

I do feel like PH has changed everything. I have to carry oxygen around with me and I can’t pick my little girl up.

Loretta, now two, has been brilliant with it all though. If she sees my line hanging out my bum bag, she’ll tuck it back in. It’s all just part of her life now.

Because I’m young, I get funny looks and stares from the older generations when I park in disabled bays. Someone even wrote ’60 +’ on my windscreen as a way of telling me I couldn’t park there because I wasn’t over 60.

I have to take oxygen with me when I go out and if people are close enough to see the cannula in my noise, I then notice snide comments about what might be wrong with me.  I just wish people would be more understanding.

I waited so long to have Loretta. Before her, I’d experienced three miscarriages, and lost my baby Lilly-May when she was stillborn at 38 weeks.

I had a lifetime planned of things I wanted to do with Loretta, but all of a sudden, not even a year after she was born, I was told I had this disease.

Being diagnosed with PH was such a big shock for me and my family and even now we don’t fully understand it. There is so much to learn, and I just want to spread awareness and help more people to know about it.

It’s important for me to help people understand that you don’t have to be over 60 to have this disease; you can be 34 – or any other age – too.” 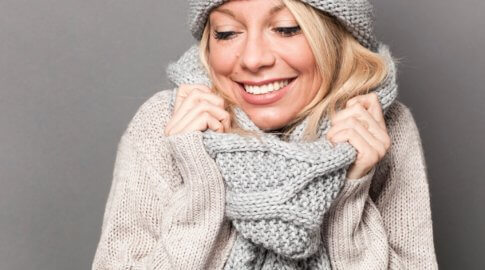 Preparing for winter with PH