These PHA UK members have all experienced ICU delirium – an extreme form of anxiety that occurs when someone is in critical care. Although their experiences are different, they are united in their belief that it’s something we all need to talk about more.

Amanda experienced ICU delirium when she had her pulmonary endarterectomy operation.

“I developed a chest infection following my operation and stayed in an induced coma, so I was there for 17 days in total.

I experienced (in my mind) extended lucid periods when the staff were trying to kill me. Eventually when I was fully conscious, I recognised some of the staff from those periods which made it even more real and frightening. I finally opened up to a lovely nurse who gently explained that what I had experienced wasn’t real and helped me to realise that I had gone through a psychotic episode. She is a wonderful nurse and I feel like she saved me, as I was so convinced it had all been real. 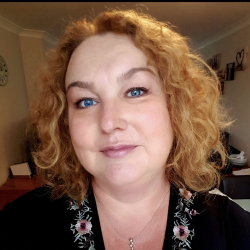 A psychologist spoke to me while I was still in hospital. We had a really good chat and he said that the flashbacks should fade in time.

But since then, if I smell hand sanitiser or mouthwash, I have flashbacks. Also, when I look at my scars it brings it all back. Sometimes, out of the blue, I find myself crying. It’s always there at the back of my mind.

Although I’m aware I went through a psychotic period, I still went through a traumatic experience that was real to me at the time. A member of the psychology team at the hospital phoned me at home and agreed that I would benefit from therapy for post-traumatic stress disorder (PTSD). I have been referred for this treatment and I’m waiting for my first appointment.

When I brought up my experiences on a Facebook group, several people noted that they too had gone through similar experiences. They thought it had only happened to them, and that it wasn’t something that was discussed very much, if at all, afterwards. It was a huge relief to know it has happened to others, and to hear their experiences.”

“I remember when I first woke up that I was terrified. I didn’t know where I was, I thought the nurses were trying to hurt me and I didn’t believe people when they said I had had a transplant.

I had  vivid hallucinations – some were like cartoons, and others were more realistic. They involved battles, the ICU being moved to a barn, and politicians that were thunderbird puppets. I also thought I could hear nurses saying things that weren’t true, including that I had taken a child’s lungs and I was selfish. 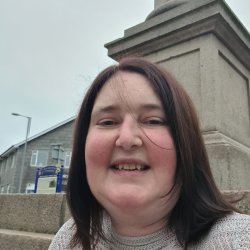 I had no filter and would say horrible things and do things that were out of character.  I had no concept of time or what day it was, and it felt like a total loss of control. I didn’t sleep much for the six weeks that I was in ICU.

I also had a tracheostomy and I felt that caused me further distress as it was so scary being unable to talk and tell people how I felt. I’ve always felt very strong in the way I’ve dealt with my PH, but these experiences made me feel very vulnerable.

I developed a fear of sitting in the chair next to my bed. I got to the point where I would have a panic attack whenever I sat in it and I just wanted to lay on the bed.  It took a long time to get over it and even now I have a bit of a panic about sitting on a hospital chair.

The hospital had a psychologist who came to talk to me, and she helped me to extend the time I could sit in the chair gave me some techniques which helped me understand what was going on.

I remember I was fine sitting as long as I was also moving, so my poor husband had to push me all around the hospital in a wheelchair just to get me to sit up for a while.

I was extremely lucky to have a good support network around me and people who would help me as much as they could.  I have learned a lot of different techniques to reduce my anxiety such as breathing exercises and have educated myself more on mental health issues.

I haven’t spoken much about my experiences because I feel that not many people would understand. Hallucinations only seem to be discussed in a jokey manner. Perhaps some people can look back and see the funny side but to be in that moment is actually terrifying.

I think that it’s important to talk about all of this more and to realise that these things are a normal reaction to everything going on when you are in ICU.”

“The operation was successful, and I am now back to the things I used to do, but I was in hospital for a total of three weeks. 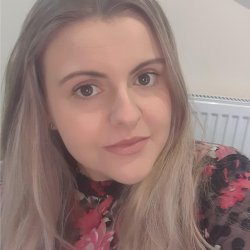 Before I was fully woken up, I had very vivid dreams. I could hear sounds perfectly and images as clear as day.

My first memory was that I had died and was being taken ashore on a boat where I was to be left to take my final breaths. I could feel the water around me as I was dragged from the boat. This was obviously a dream that I now believe was me being rolled and washed by the nurses.

The next dream I had whilst being woken up was that my family were with me in a glass box in the middle of a huge open field with huge buildings all around. I was in the box because I had COVID-19 (I didn’t). I remember a lady standing over me with my mum and she pulled my chest drains out. I remember my mum being overjoyed and hugging the nurse. Of course, again this was all in my head.

I then had another very vivid dream of my mum and dad by my bed being told I was not going to recover, and they could do no more for me. I remember seeing my mum pass out in front of me and I just willed my brain to work and breathe and breathe.

I didn’t sleep well the whole time I was in hospital. The room to my left had a patient in there but I always saw different things. I had a vivid picture one day that the room was a window, and I could see a very old man waiting for a bus in the pouring rain. A lady came over to tell him there were no buses. I remember telling my nurse about the man and that he needed help, but of course he was not real.

Whilst in ICU my kidneys failed slightly so I was put on dialysis. I was petrified of the machine as I believed it was a man trying to kill me in my sleep. That was very frightening.

I remember believing one nurse was going to hit me and tie me down or attack me and I screamed when she came back to do the night shift. That was awful.

The experiences with the hallucinations haven’t caused my any ongoing problems; my family and I now actually laugh about it and some of the things I said and thought I saw. I don’t think I was an easy patient, but I also don’t think that’s surprising after all I had been through.

It was a very traumatic and emotional year following my diagnosis of CTEPH, which included having to terminate my pregnancy, which left me heartbroken. I am undergoing counselling, which has included talking about my time in ICU. Although my experiences there haven’t affected me day-to-day since, it is nice to talk about them and know I’m not alone with them.”

If you need help for anything you have experienced whilst in ICU, please speak to your medical team.