PHA UK member Claire Jones appeared on the Channel Five programme ‘On Benefits’, to talk about her determination to keep on working.

Despite living with PH since 2013, Claire, who lives in South Wales, continues to work part time as a piano tuner. The programme highlighted how she manages working life alongside her condition, claiming £300 a month in Personal Independence Payments (PIP) to help with the running costs of her car.

When she had a phone call from researchers out of the blue, Claire was initially unsure about whether to take part. She said: “At the time I didn’t really want to do it. I’d heard of the programme and seen bits and pieces, but it wasn’t something I was a fan of. Once they heard about me having a rare condition and working in quite an unusual job they really wanted me to take part, and they convinced me to do it.”

Filming took place over four days. A crew interviewed Claire both at home and whilst out on the road to visit piano tuning clients, highlighting how important her car is to her work and her life. They also filmed Claire’s long-term partner Malcolm.

“I was worried about it simply because I didn’t know what they were going to show”, she said. “I shared my worries with the film crew and they reassured me it would be ok. Overall, it was a good experience. I don’t think I would actively seek out another opportunity to go on TV now I’ve done it once, but I’d certainly consider it if I was approached again.”

‘On Benefits’ showed Claire unpacking boxes of medication and popping to the shops for cat food – highlighting the difficulties that some people with PH face taking on everyday tasks. Although she drives her car to and from the shop, it shows her struggling up the path back up to her front door. 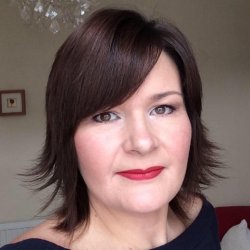 It was strange seeing myself on TV. I cringed at my voice and my accent, but I suppose everyone is like that aren’t they!

The programme also followed Claire on a visit to the Bristol Heart Institute for her outreach clinic, where she was filmed undergoing her walk test and talking to a cardiologist.

She said: “I do wish they’d featured more about my PH as one of the reasons I decided to go on the programme was to raise awareness of it. They filmed me mixing my medications for my IV line and explaining what PH is – which I thought I did quite a good job of – but they chose not to show those bits.”

Claire invited friends and family to watch the show with her when it aired.

“It was strange seeing myself on TV. I cringed at my voice and my accent, but I suppose everyone is like that aren’t they!

The crew told me to avoid social media for the first 48 hours after the programme aired but I looked anyway and it wasn’t too bad and my family all told me they were proud.”

In the programme, Claire is described as ‘determined not to be a burden on the system’ by continuing with her part time work as a self-employed piano tuner. It ended with Claire telling the camera: “I’d probably be quite within my rights to sit on my bum all day and do nothing. But that’s just not who I am. I choose to come out to work and I love my job, I really do. I still enjoy it like I did when I started.”