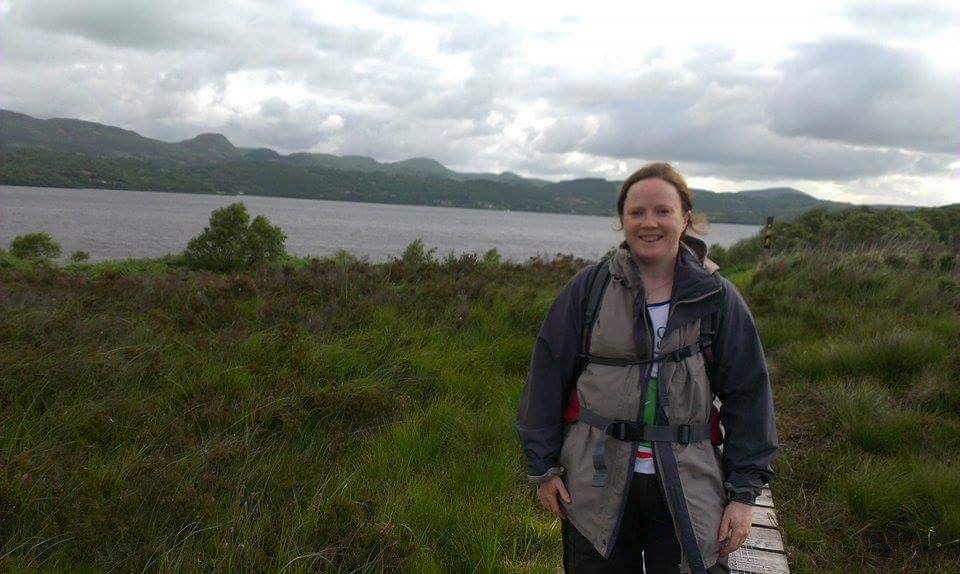 Getting back on the beat

Police officer Elizabeth Cullen was diagnosed with PH in 2007 and underwent a pulmonary endarterectomy to save her life. Elizabeth, who lives in Ireland, reflects on her journey to surgery, and the difference it has made.

Looking back, it seems my ill health started in November 2006. I remember I had really bad pains in both shoulders but eventually they went away.

I used to do beat patrol as part of my work as a police officer and began to notice I was getting more breathless trying to walk around. I just thought I needed to get fitter (despite cycling to and from work on a daily basis) so I tried some new sports like rugby and jujitsu. I was still breathless but thought as my fitness grew my breathlessness would improve.

I worked over Christmas that year and went back to my home town of Sligo to celebrate the new year with family. At home I began to feel much improved. My breathlessness went away. I came back to Fermanagh, where I live, by bus and as I walked towards my friend’s car with my bags I almost collapsed. I just thought I was having an asthma attack and so I took my inhaler and took it easy that day.

I had an early night hoping I would feel better in the morning. But the next morning I struggled to shower and could not finish ironing my uniform. I called in sick to work and made a doctor’s appointment, and went to the surgery still struggling to walk.

The doctor told me she suspected I had a blood clot in my lung and fought to get me admitted to hospital.

Hospital took a chest x-ray and booked me for a CT scan the next day. I began to google my symptoms (I wouldn’t recommend it!) and convinced myself I was having a panic attack as all the symptoms fitted.

The next day, after my CT scan results came through the hospital made a big fuss and sent me in an emergency ambulance with a doctor and nurse to Belfast. I had blood clots in both lungs.

At Belfast City Hospital they advised that they would give me drugs to dissolve these clots. Unfortunately, these drugs did not work. Luckily for me this hospital had, in the previous year, referred a patient to Papworth with the same condition as me and they made a very quick referral for me.

In January 2007, Papworth confirmed I had PH and at the time, I had no idea what it was. After lots of visits and meetings, eventually I was deemed a suitable candidate for a pulmonary endarterectomy. I had the operation in October 2007.

In the months before the surgery I was advised to take it easy  – instead I bought a house and learned to drive! I also attended my friend Patricia’s wedding and was annoyed I couldn’t dance more. I couldn’t wait for surgery as I was gradually getting worse.  When I came round from surgery I was in lots of pain, but not in my chest. Instead I had severe nerve damage and nerve pain in my feet and coccyx. I have permanent nerve damage but I can do almost everything I used to be able to do, and am back at work. I am unsure of the long term implications for me as a result of this nerve damage but if I had not had the surgery I would have died.

I felt like my lungs were fully healed five years after surgery. I now play sports and lead a full and active life. I will take Warfarin forever but I consider this a small price to pay.”